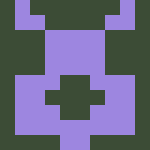 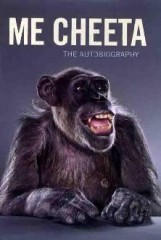 When I think back to my last day in Africa, I can’t help but remember something Maureen O’Sullivan said to me at the very beginning of my career. “There, there, Cheeta. The hurt will die down. It has to. Otherwise none of us could stand life!”

Maureen’s rather breezily delivered comment, by the way, was an attempt, some fifty minutes into Tarzan and His Mate, to offer consolation on the death of my on-screen mother. My on-screen mother who had just been impaled on the horn of a stampeding rhinoceros while saving Jane’s life! She said it briskly, in her trademark sing-song, which made it seem as if she was bucking me up after a surprise omission from the lacrosse First X rather than helping me come to terms with a bereavement she herself had caused. I’m getting off the point but if Maureen’s daughter, Mia Farrow, had been fatally gored while saving my life, I’d have been straight round to hers with an apology I’d at least have tried to make sound sincere. (Though – dare one say it? – that would have been one hell of a popular rhino in Hollywood.)

But that was Maureen all over, I’m afraid. She couldn’t even act affection for animals although, to be wholly honest and give the harmless old trout her due, it was probably just me she disliked. To be wholly, wholly honest, I don’t think she ever recovered from the downgrading implied by that title. Not Tarzan and Jane, you’ll note, or Tarzan and His Wife, but Tarzan and His Mate. That is, a buddy movie built around the electric chemistry of the Weissmuller-Cheeta double-act. A bitter pill for Maureen to swallow, that title, but there, there, my dear, the hurt will die down. Actually, had she and I ever been able to communicate, that’s exactly what I should have told her when she was, yet again, sobbing and swearing at me after I’d gotten in another good nip to her flank –”There, there, Maureen. The hurt will die down!” See how she’d have liked that for consolation while she was wailing at the crew to fetch her bandages and iodine!

Forgive me, I really am getting off the point. For the record, Maureen and I certainly had our ups and downs, I won’t deny it. But there has always been a strong professional respect between us, and I think we both cherish our relationship, which has always been the healthier for a bit of teasing.

My point is: those are wise words, no matter how poorly delivered by however atrocious an actress. The hurt will die down. It has to. Otherwise none of us could stand life. And never mind that when the hurt doesn’t die down you have to go ahead and stand it all the same. What Jane said remains true – call it Jane’s Law. Pain has its own long-term interests at heart. Like a virus too smart to kill off its host, it ebbs, dies down and, to our own great surprise, we live through it. Just as, for instance, my dear friend Ronnie Colman lived through his hideous wreck of a divorce from Thelma Raye and went on to marry my colleague Benita Hume, a more than adequate Cousin Rita in Tarzan Escapes. Or, in fact, just as Benita herself lived through that dreadful period after poor Ronnie’s lungs killed him: she picked herself up from the floor and married George Sanders. Or, indeed, just as George in his turn lived through it when bone cancer killed his poor beloved Benita. Lived through it, that is, until of course he eventually couldn’t stand it any longer and killed himself in a fishing village near Barcelona on a spring day in 1972, leaving behind him a note calling the world a “cesspool”. Sorry, not a good example . . . Jane’s Law does have these occasional tragic exceptions.

Anyway, that last day, sitting in a monsoon on the dock at Kigoma, I was frighteningly underweight and probably still in shock. A nagging voice kept telling me I wasn’t out of the woods yet. But I could already feel my grief and pain beginning to die down. I was younger and less vulnerable then. I had an immigrant’s resources. I was damn well going to live through it.

It wasn’t just that we’d been rescued, though that was, of course, a miracle in itself. There was also the astonishing care that was taken over our rehabilitation, which I like to think was down to Irving Thalberg’s legendary attention to detail. We had no way of knowing this at the time, but on the dock that day in Kigoma there was a collection of apes, monkeys and other creatures that MGM scouts had selected from among literally millions of hopefuls to play in Metro pictures. We were “part of the family” now, as Louis B. Mayer liked to say of everyone from the carpenters to Norma Shearer, valuable assets to be cosseted and packed in cotton wool. Hence the tiny protective crates in which we found ourselves snugly ensconced on the quayside. We were housed in pairs, each of us safe inside our own ingenious little slatted wooden shelters, where the raging alphas could never get at us. It was typical of the Metro touch. Once you were in with Metro, you were in. You had everything you could have asked for.