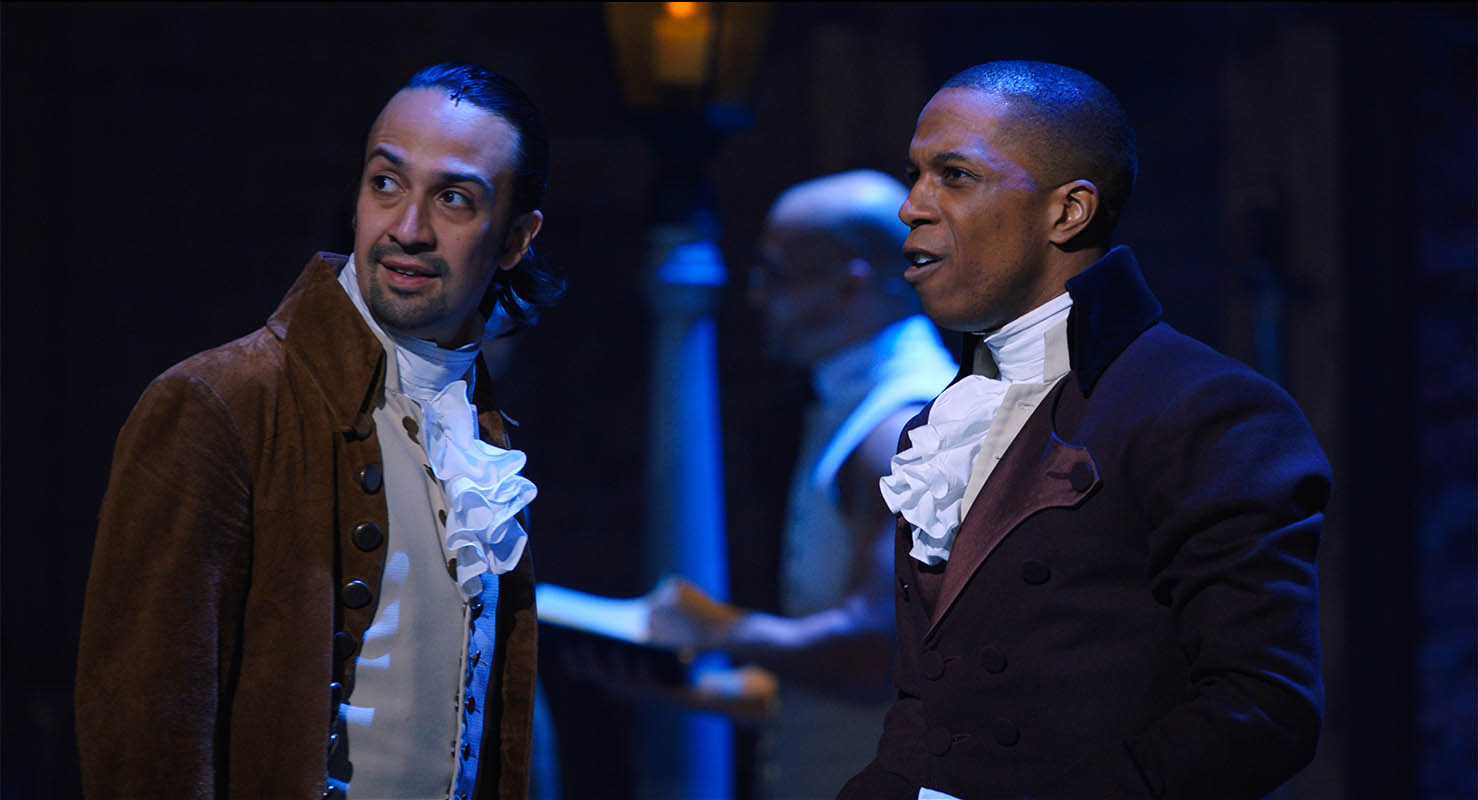 “Hamilton” is undoubtedly the most impressive theatrical phenomenon of the last few years, and one of the most popular plays of recent times. After all, it’s not only an unexpectedly relevant story —despite the fact that it takes place centuries ago—, but also an energetic and entertaining experience, full of songs that have been embedded in the minds of thousands of people around the world. Some will not understand what’s so cool about “Hamilton,” and that’s okay, but the rest of us —and especially those who’ve had the chance to see the show live—, should be satisfied by this filmed version, now available on Disney Plus.

Lin-Manuel Miranda plays Alexander Hamilton, an aspiring politician who, in real life, and thanks to his work alongside George Washington (Christopher Jackson), ended up becoming one of the Founding Fathers of the United States. The play tells the story of his life as a politician, from his humble beginnings, to his relationship with Washington and his role in the American Revolutionary War, his marriage to Eliza Schuyler (Philippa Soo), and his final encounter with future vice-president Aaron Burr (Leslie Odom Jr.) Everything is presented, of course, through energetic and fun musical numbers, and the obvious carisma of every cast member.

I had the absolute privilege of watching “Hamilton” live in December 2019, at the Victoria Palace Theatre in London —a truly marvellous experience—, and although this filmed version doesn’t feel the same as being “in the room where it happens,” it definitely has its own advantages. Getting front-row tickets is quite hard —and prohibitively expensive—, which means that usually, when one decides to go and see “Hamilton”, one does it from one of the balconies or seats that are further away from the stage. Hence, having the opportunity to watch certain actions, expressions and movements more closely in this version, certainly gives a more intimate and intense tone to the story.

Consider, if you will, the way in which this recording of “Hamilton” has been directed. Director Thomas Kail is not content with only utilising wise shots of the stage, or with changing camera angles every so often. This version of the play combines different kinds of shots, from the wider ones —which show the more complex choreographies as clearly as possible— to the more intimate ones, in order to tell Hamilton’s story as efficiently as possible. This “movie” gives us the opportunity to take a closer look at Miranda’s facial expressions; the reactions of the secondary players; and why not, even King George’s (Jonathan Groff) spit whenever he screams or sings with all his passion. It’s not a particularly cinematic experience, obviously, but Kail uses all his available resources to make it feel like something more than “just” the recording of a play.

Apart from that, this version of “Hamilton” —which features the original cast, by the way— feels like the same experience one would have in the theatre; it’s the same story, with the same characters and the same musical numbers. This means, of course, that if you’re already a fan, you’ll definitely enjoy this version, but if you’ve never been curious to see what all the fuss is about, I doubt that Disney Plus will help you change your mind. In any case, Miranda’s efforts are something worth writing home about; not only does he star in the play, but he also wrote the text and the song’s lyrics, and composed the music. It’s quite the creative accomplishment, presented in an extremely entertaining and spectacular manner, telling a story that, if narrated in a more conventional way, wouldn’t have been as attractive as it is now.

That doesn’t mean, of course, that Alexander Hamilton’s life wasn’t interesting. In fact, if Miranda thought it was worth turning into a hip-hop musical, it’s because he thought he actually had an interesting life, with lots of potential for being used as an allegory for the situation of contemporary immigrants in the United States. There’s a reason why most characters are played by extremely talented African American and Latino artists; including, of course, Miranda himself. It’s true that the play has been controversial for those who consider that it conveniently excludes some of the more morally cuestionable aspects of Hamilton’s life, but to me, it’s important to consider that “Hamilton” is, first and foremost, a work of fiction. Miranda has utilised a real-life figure as a basis to construct a fictional story, without glorifying him, and while managing to come up with something incredibly creative and fun and socially relevant.

Because, apart from the plot and the impeccably developed characters, “Hamilton” is, first and foremost a musical, and in that sense, it’s a complete success. Most interactions between characters are sung, which means that both the plot and the characters are developed through music. And such music! Virtually all songs are memorable and catchy, from the iconic “My Shot”, to the often-parodied “Dear Theodosia” (“Dear Baby Yoda” being my favourite spoof), and of course, “You’ll Be Back”, as sung by a scene-stealing Jonathan Groff. These songs have a part to play in the narrative, yes, but they are also musically varied and frequently hilarious, and are full of references, both to the times in which the story takes place, and to more contemporary figures and events.

It may not be the same as watching an actual movie based on “Hamilton” —which, I’m sure, will eventually be developed and released—, but this filmed version of the magnificent musical is, without a doubt, the next best thing. Sometimes, when there’s so much hype behind the release of a movie or a play, many people start doubting its quality, or think that it’s being over-hyped, but that’s not what’s happening with “Hamilton”. This is an expertly-told story, both through the power of music and the charisma of its actors, all of them perfectly cast and incredibly talented. “Hamilton” is energetic, fun, smart and is as enjoyable at home as it is in the theatre. Eventually, I would love to see it live again —I’m sure I’m not the only one—, but for the moment, having it on Disney Plus will keep me more than happy.